What Are You Looking For?

To improve transit and public access to the Lake Street Business District along I-35W, MnDOT undertook the 35W at 94 Downtown to Crosstown project. The project required replacement of the Franklin Avenue Bridge, which carried communication conduit over I-35W. Once new Precast Bulb T-Beams were set in place, there was limited space to safely strip the deck forms from below due to the duct bank. Lunda Construction and MnDOT contracted TrueTech Bridge for a stay-in-place form that would both accommodate the duct bank and enable long-term visibility.

Existing communication conduit that could not be moved made stripping deck forms from below unsafe. Lane closures over I-35 also needed to be minimal due to safety and cost. MnDOT required visibility to the underside of the deck for inspection purposes. Because of these tough site conditions, conventional stay-in-place forms (corrugated metal or precast) were not an option.

Lunda Construction Co. partnered with TrueTech Bridge to design and supply ClearCast Forms to safely support the deck over the conduit and eliminate the need to strip forms over traffic. The Minnesota DOT approved of ClearCast Forms because of the form transparency, allowing inspectors to see the condition of the concrete over the service life of the deck. TrueTech Bridge completed design and delivery of the custom ClearCast Form System in less than a month to meet Lunda’s rapid construction schedule. Custom form supports were designed to attach to the Precast Bulb T-Beams and special forms were fabricated to accommodate the end-diaphragm
at the abutment.

After a successful deck pour, both MnDOT and Lunda Construction were pleased with the performance of ClearCast Forms and the service provided by TrueTech Bridge. 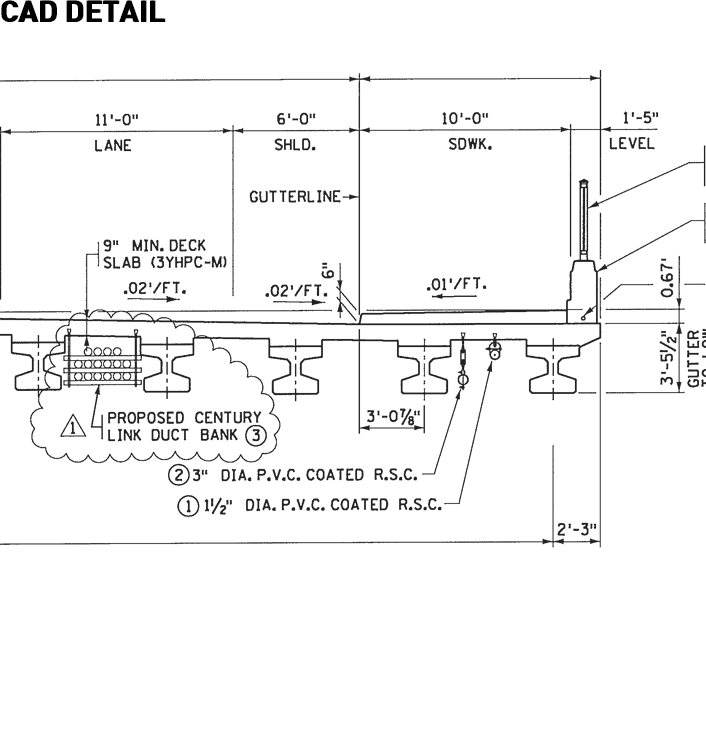